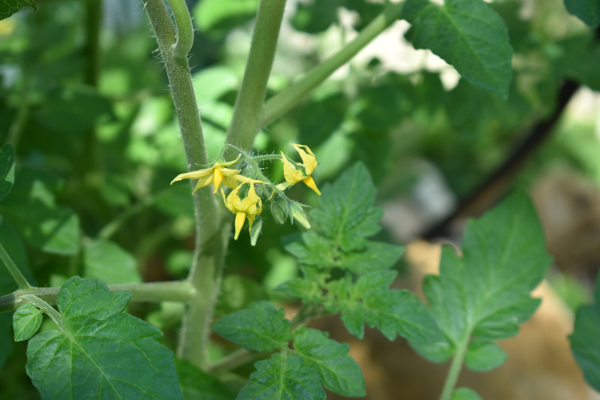 Hubby built us a new compost bin a few weeks back.  We had one of those black plastic ones that looked like a Dalek and it couldn’t cope with the amount of stuff that we composted.  So out came the notebook and the pencil and a new one was designed and built.  The new one is a big double bay one so plenty of room for us to compost and eventually lots of soil goodness for us to spread on the garden.  The old one was gifted to the neighbours. 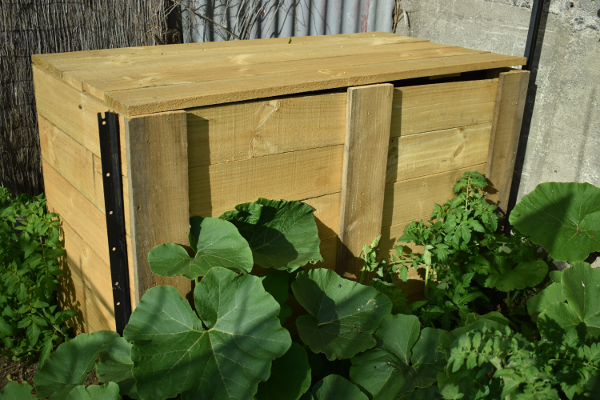 A bonus that we weren’t expecting is that in the space where the compost from the old bin was left (the rich soil goodness from the bottom of the bin, everything else went back into the new bin to compost further) has sprouted some free tomato and pumpkin plants.  There are also some tomato plants that have sprung up in a couple of other spots in the garden as well. 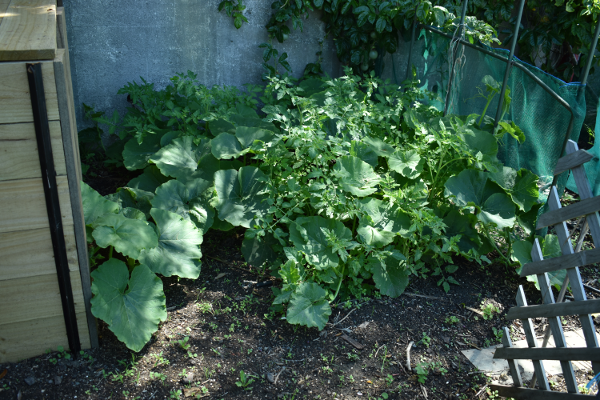 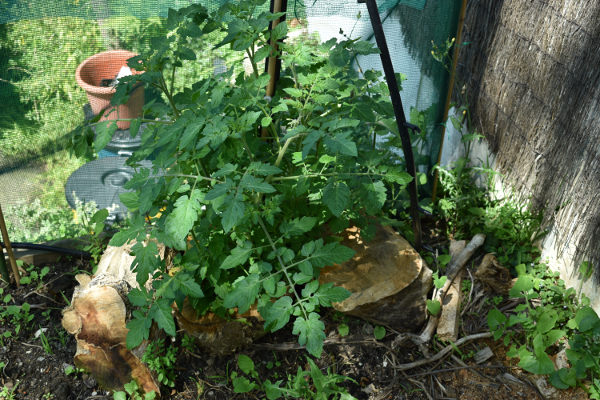 We decided to leave these to run their course.  They both have flowers on them and the pumpkin even has about 6 small pumpkins that have already sprouted from the flowers.  We don’t hold out much hope for the tomatoes as it is so late in the season but we don’t get frost in our back yard so you never know. 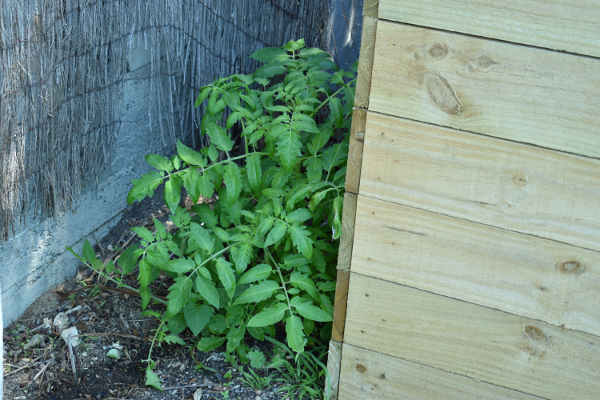 At the very least we might get some green tomatoes and I have a particularly delicious recipe for green tomato relish.   Even if we get one pumpkin I will be happy! 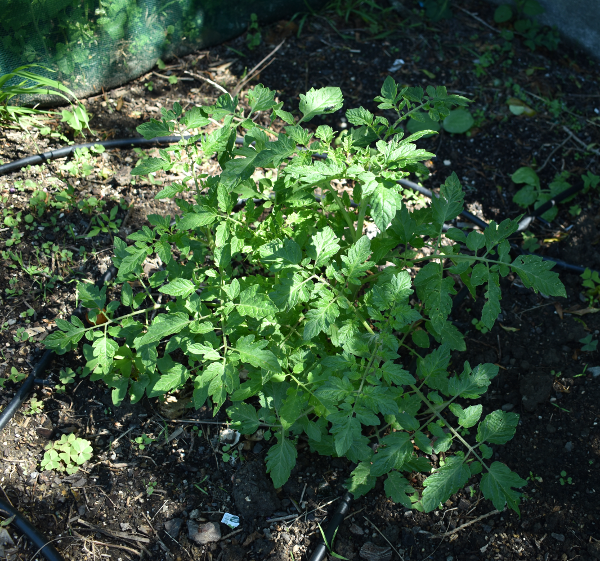