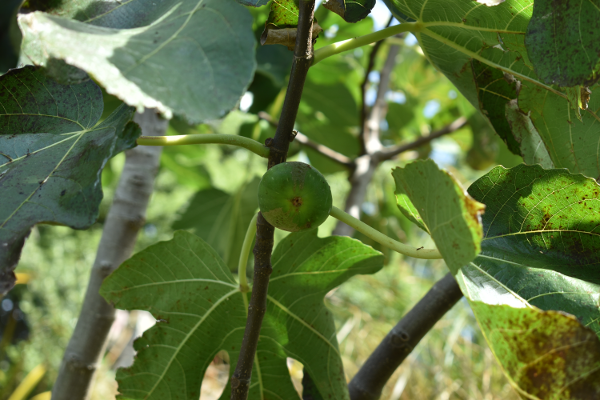 It was a dark and stormy night.  Wellington’s infamous wind was crashing through the trees and whistling around the rooftops.  I was lying awake, wondering if this would be the night that the roof finally came off, every creak of a nail a potential disaster.  Little sleep was happening so I got up and had a look out into the back yard to see what effect the wind was having on the garden.  I was greeted by the fig tree, bent over at the base of the trunk, flailing round like a whirling dervish, having broken free from the hessian straps that were holding it against the retaining wall.  I pretended I hadn’t seen it and went back to bed and finally to sleep. 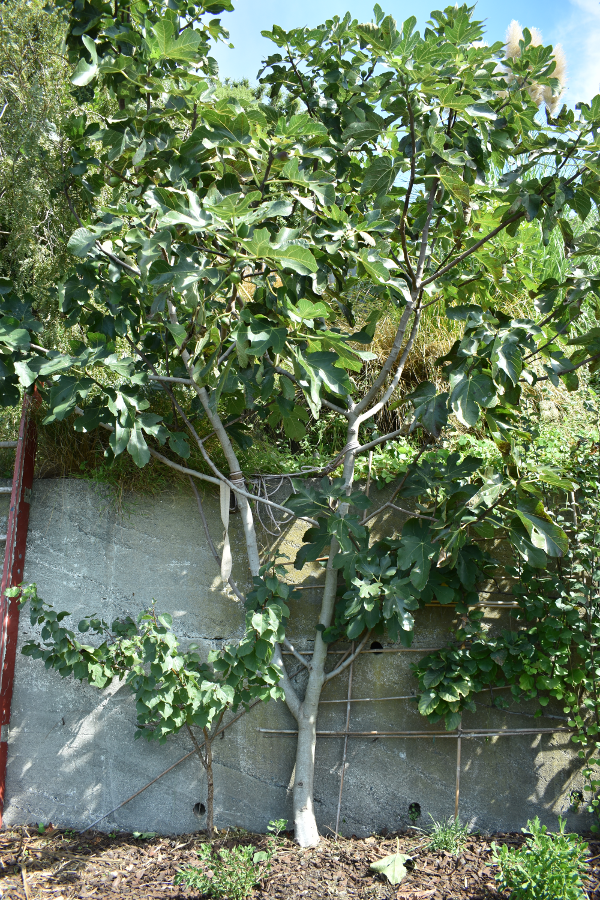 When I got up the next morning, I feared the worst.  I expected the fig tree to have snapped off at the base and be in the neighbours backyard.  Luckily it was still attached, just bent over and a bit worse for wear.  Hubby pushed it back up and tied it back against the retaining wall and said that it might die as the trunk was damaged. 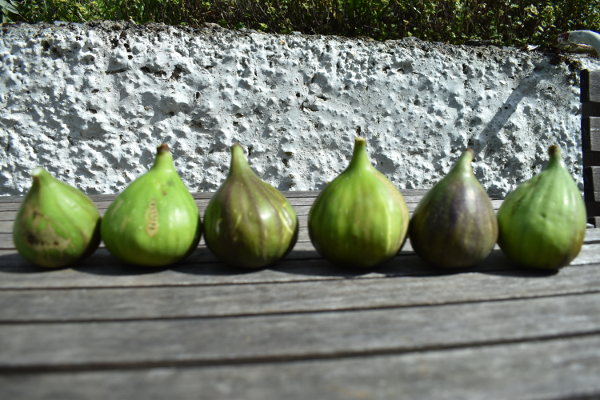 Fast forward 4 months and the tree is absolutely groaning with fruit and we have had the most figs ever from it.  I have given away more that I have eaten as I am the only one in the house that likes them and I couldn’t keep up.  Maybe the trauma of the windy night combined with the hottest summer we have had for a while is just the recipe to get an abundant harvest from your fig tree.  The waxeyes have certainly enjoyed feasting on them. 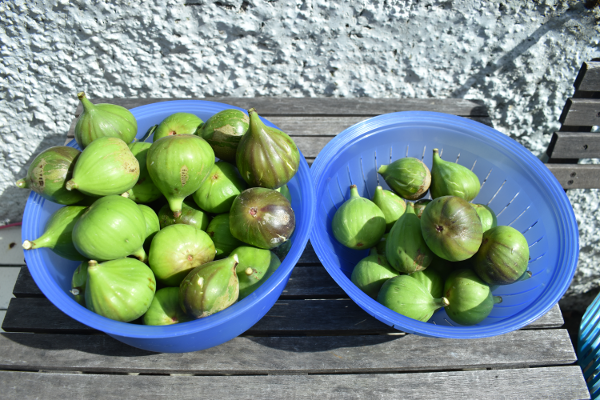 My favourite way to eat them is with blue cheese and they are delicious in porridge with a drizzle of honey.  Now that autumn is here and the days are getting shorter, the leaves are starting to turn brown and drop to the ground, but I estimate one more big harvest from the tree this weekend and then that will be that until next year, when hopefully the sun shines and the wind blows (but not too hard) and the fig harvest will be just as abundant.